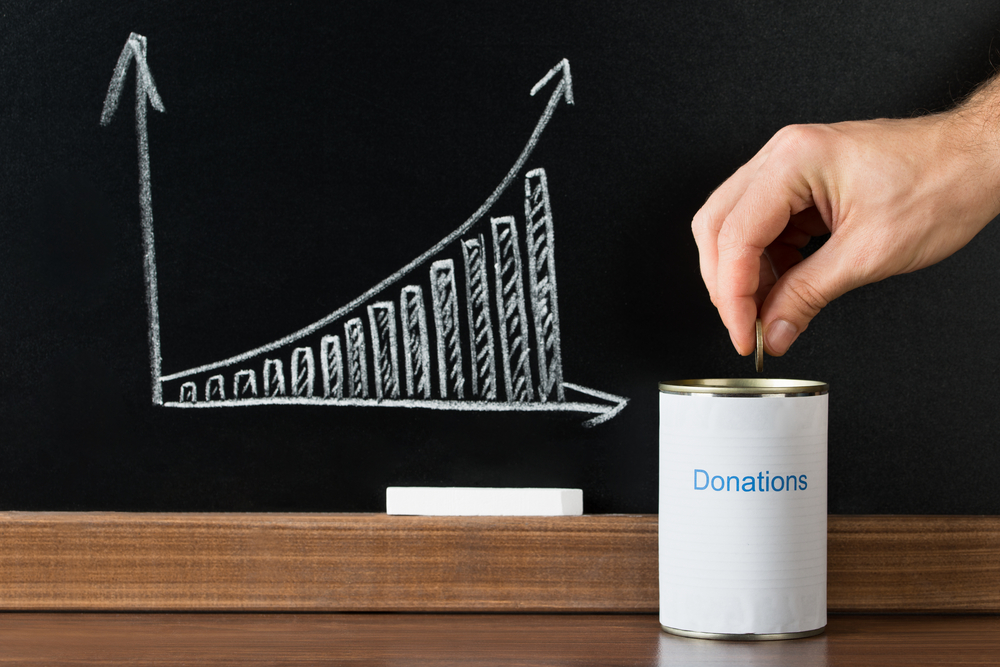 More than £300 million a year is donated to charities by people giving their loose change, according to new research.

The survey of 1,123 people, carried out by YouGov on behalf of the Charities Aid Foundation (CAF), highlights how important coins and loose change are in funding the work of charities across Britain.

The report found that people gave an estimated £320 million* in loose change to charity last year with coins remaining a vital source of income for charities, thanks to people putting money in collection tins and spending cash at fundraisers up and down the country.

The results, part of CAF’s long-running research into giving trends in the UK, come as the Government is consulting on the role of cash and digital payments in the economy. It’s forecast that the amount of cash used in transactions is likely to fall sharply in the coming years.

Overall CAF’s annual UK Giving survey, which asks over 12,000 people about their giving habits throughout the year, shows that although regular giving is the best way to support charities, cash remains the most popular way for people to give despite the rise of giving online and by direct debit.

Susan Pinkney, head of research at Charities Aid Foundation, said: “It’s brilliant that people donate millions of pounds a year in loose change – money put into collection tins or spent at charity stalls across the length and breadth of the UK.

“Cash is still by far the most common way people donate to charity, and nothing is easier than putting your hand in your pocket and putting a few coins into a collection.

“But we know that overall, cash transactions are falling. So if cash becomes less and less popular in the future it’s vital that the Government works with charities and the payment industry, to make sure giving remains as easy as tapping a card or putting a few coins in a tin.”

*The £320 million is an extrapolation based on the proportion of respondents giving the relevant answer in the nationally representative UK Giving survey –  in this instance the 60% of the population aged 16+ who donated loose change in the 12 months prior to interview. It is calculated using ONS 2016 mid-year population estimates for people aged 16+ in the UK: (Total number of 16+ in the UK * percentage of respondents giving relevant answer on the UK Giving survey) * median donation.