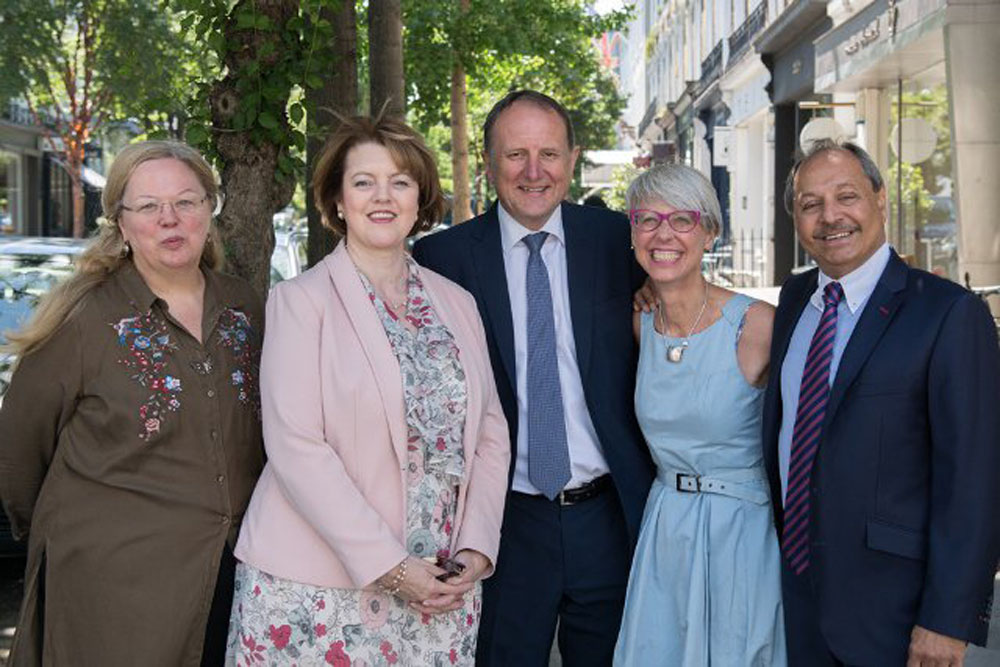 The merger between Notting Hill Housing and Genesis Housing Association, which has been agreed in principle, will create one of the country’s largest housing associations.

Under the combined name, Notting Hill Genesis, the new organisation will have 54,000 homes across London and 64,000 across London and the South East, half of which will be general needs homes with social or affordable rents.

Together the new organisation will serve a total of 170,000 residents and be the largest provider of shared ownership in the country.

Hadden decided not to apply for the role of Chief Executive (Designate) of Notting Hill Genesis, due to the fact that Dipesh J. Shah OBE was appointed Chair (Designate). A spokesperson says this was “in line with the commitment to a merger of equals”.

The two organisations share a similar heritage. They were both founded in different forms during the 1960s by people of faith in west London.

Kate Davies said: “Bringing together two housing associations with similar backgrounds, shared values and a strong social purpose will allow us to provide more of the homes London needs, for those who most need them.

“This is an exciting challenge for all of us and I’m very much looking forward to leading this new organisation, which has the will and resources to be even more innovative, ambitious and influential together than we could separately.”

Dipesh Shah added: “Uniting two associations with a common culture, a common vision and an aspiration to enrich their social purpose augurs well for the future of the merged entity.

I look forward very much to being part of it and to helping the new organisation on its journey.”

The two organisations have combined reserves of £3.1 billion and loan facilities of £3.5 billion, with a turnover of around £700m and a net surplus of more than £120 million. They aim to deliver around 2,700 new homes a year with their new combined financial strength, 400 more than would be achievable separately.

Genesis Chief Executive Neil Hadden said: “I have always believed that there should be more consolidation within the sector so that our capacity can be utilised better to provide more homes and improved services for our customers.

To that end, this merger makes complete sense and I am pleased to have been involved in getting it off the ground. I look forward to continuing to lead Genesis until the merger is complete in early 2018.”