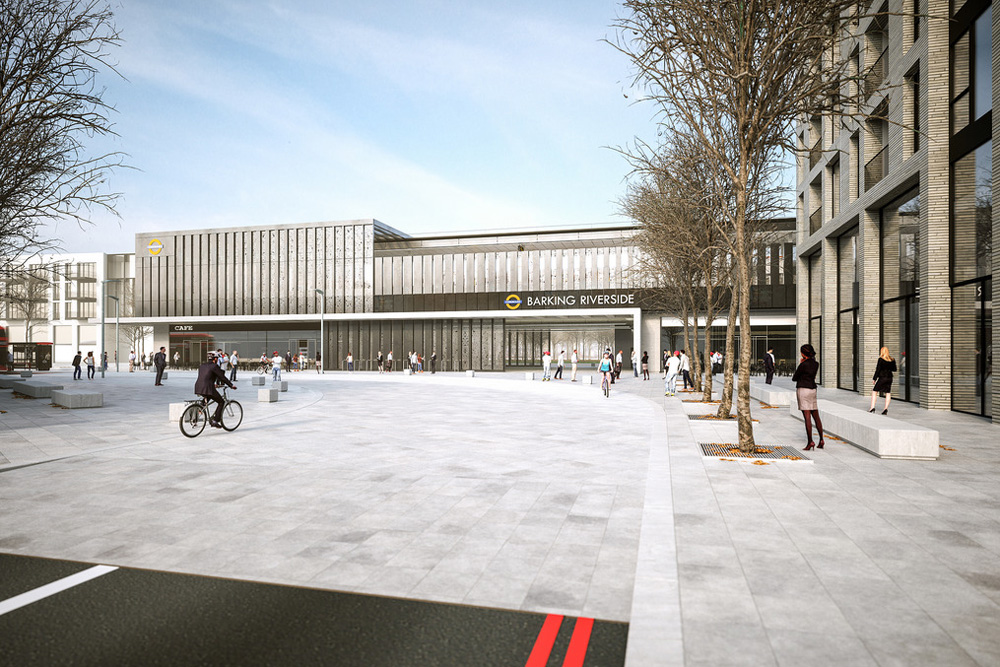 The Government has given the green light for a 4.5 kilometre extension of the existing Gospel Oak to Barking line. The £263m project will provide a new station for one of East London’s largest new housing developments, Barking Riverside.

The extension will bring London Overground services to the 180-hectare brownfield site on the northern banks of the River Thames.

The Transport for London (TfL) announcement says: “The delivery of this extension will unlock a wide range of benefits for people in the local area and beyond, including 10,800 new homes.” As many as 50 per cent of these homes could be affordable, along with a new school and healthcare facilities.

Construction will begin next summer with four-an-hour train services expected to begin operating in late 2021.

Sadiq Khan, Mayor of London, who gave his consent to the plans last September, said of the government approval: “This is wonderful news for east London.

Barking Riverside has huge potential to deliver thousands of much-needed affordable homes, and the extension of the Overground will ensure residents have the high-quality transport links they need, both to the surrounding area and commuting into central London.

Barking Riverside will deliver new homes, schools, healthcare facilities and much more, and the Overground extension is a vital part of making these exciting plans a reality.”

The extension is fully funded, with £172m of the £263m cost of the scheme being met by the developers, Barking Riverside Limited. The remainder will partially come from TfL’s Growth Fund, which funds schemes that have direct impact on unlocking housing and employment growth.

Leader of Barking and Dagenham Council, Cllr Darren Rodwell, said of the decision: “This is fantastic news and shows Barking Riverside is on track to become Barcelona on Thames. It’s also yet another sign that Barking and Dagenham is at the epicentre of London’s eastward shift.”