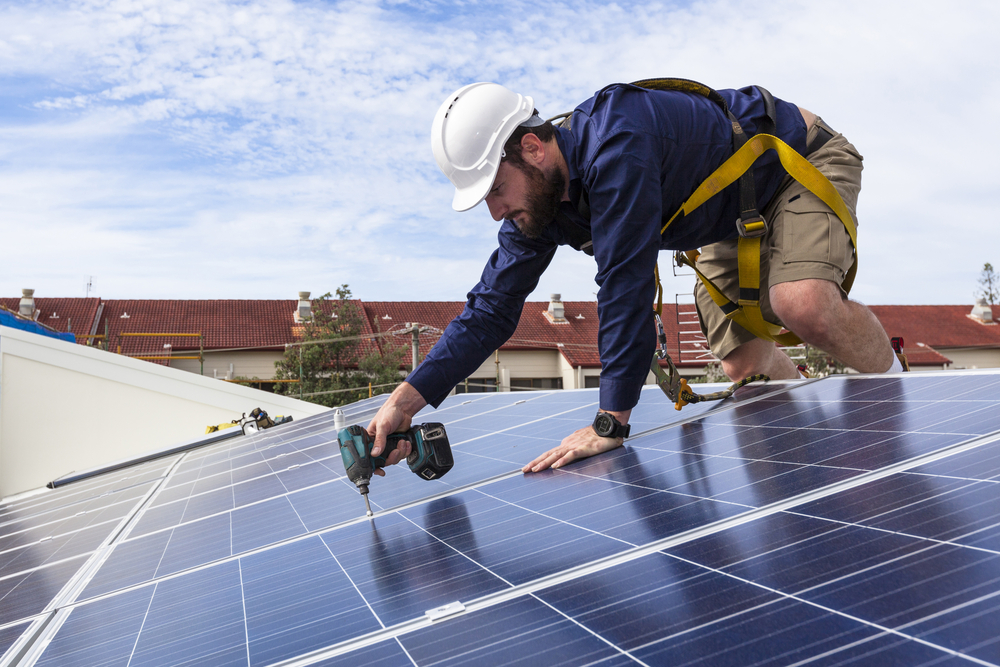 The first stage of a £1 billion programme to give over 800,000 social homes access to cheaper solar electricity is underway.

The £160 million investment from Maas Capital (part of the ABN AMRO Bank), secured thanks to Department for International Trade (DIT) support, into UK renewable energy will help fund solar panels from UK firm Solarplicity to produce electricity for affordable housing across England and Wales.

The scheme will see Solarplicity partner with social housing providers to install panels on their housing stock, creating a Community Energy Scheme where tenants benefit from long-term guaranteed discounts on their bills.

The panels will be free to social housing tenants and are expected to reduce energy bills by an average of £240 a year, saving up to £192 million in total, with 100% renewable electricity.

“After a record year for new foreign investment into the UK, this initial £160 million capital expenditure programme will deliver massive benefits to some of the UK’s poorest households. As well as creating 1,000 jobs [to install and maintain the panels] and delivering cheaper energy bills for up to 800,000 homes, it shows yet another vote of confidence in the UK as a place to invest and do business.”

More than 40 social landlords are involved including local authorities. Tenants in the North West will be the biggest beneficiaries with over 290,000 homes receiving solar panels in towns including Oldham and Bradford, followed by the North East and Midlands, with 184,000 and 154,000 homes from Leeds to Derby.

Social landlords across London who join the scheme will see up to 83,000 homes in the city benefit from cheaper energy bills.

The announcement follows a record year for foreign investment into the UK, with over 2,200 new projects in the last year including 53 from the Netherlands. UK renewable energy was a major beneficiary, with 87 new projects creating almost 3,000 new jobs.

David Elbourne, CEO of Solarplicity said: “Today’s announcement is a reflection of our exciting growth in the energy market, backed by international capital investment through DIT. Solarplicity is committed to reducing energy bills for both solar and non-solar customers. Equipping them with the latest smart technologies, and 100% renewable energy, they are guaranteed to save with our Fair Market Price.”