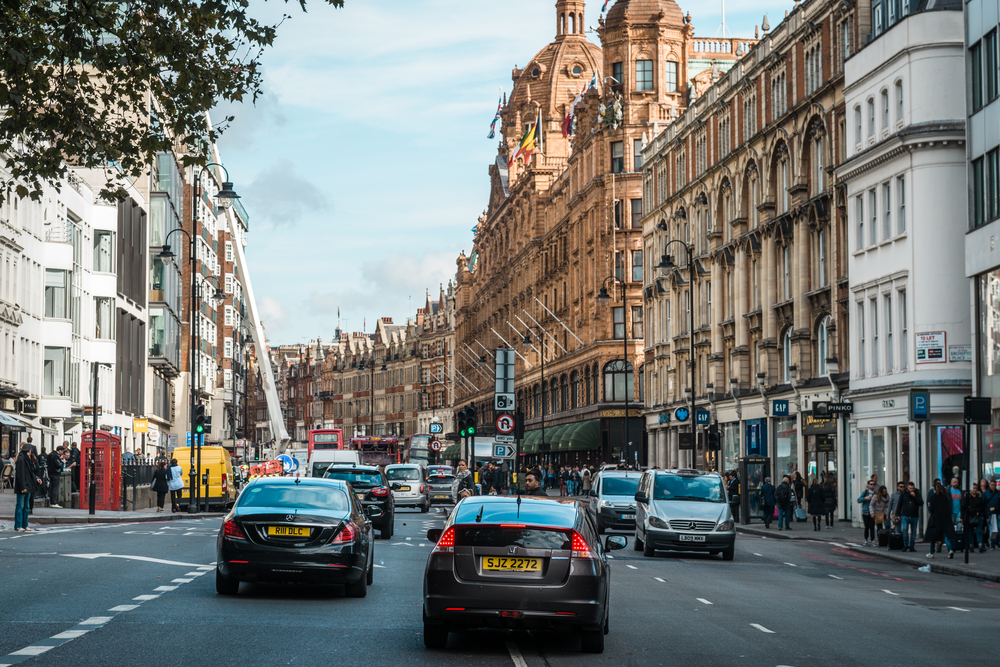 The new emission fee will see some motorists paying £21.50 a day to drive in central London zone

The new Toxicity Charge – or T-Charge – is being hailed the ‘world’s toughest emission standard’. Priced at £10 it applies to older more polluting vehicles and has been introduced in London by Mayor Sadiq Khan to help tackle toxic air pollution.

It operates on top of the £11.50 Congestion Charge, meaning motorists will pay a total of £21.50 a day to drive a pre-Euro 4 vehicle into central London.

The T-Charge applies every weekday in the zone from 7am-6pm.

Statistics from the mayor’s office reveal up to 34,000 polluting vehicles every month could be liable for the new charge, which applies to those that do not meet the Euro 4 standards for both PM and NOx emissions.

The T-Charge is part of a series of hard-hitting measures the Mayor of London is implementing to tackle London’s air pollution. It also paves the way for the introduction of the Ultra-Low Emission Zone, which is proposed for 2019 and will affect thousands more vehicles in the existing congestion zone, including all diesel vehicles that do not meet Euro 6 standards.

“As Mayor I am determined to take urgent action to help clean up London’s lethal air”, Khan said. “The shameful scale of the public health crisis London faces, with thousands of premature deaths caused by air pollution, must be addressed.

“Today marks a major milestone in this journey with the introduction of the T-Charge to encourage motorists to ditch polluting, harmful vehicles.

“London now has the world’s toughest emission standard with older more polluting vehicles paying up to £21.50 a day to drive in the centre of the city. The T-charge is a stepping stone to the Ultra-Low Emission Zone, which could be introduced as early as 2019.

“This is the time to stand up and join the battle to clear the toxic air we are forced to breathe. I am transforming our bus fleet, getting rid of the oldest polluting taxis and creating healthier streets that will leave a lasting legacy for our children. But I can’t do this alone. I urgently need government to step up and face their responsibilities by delivering a diesel scrappage fund and a Cleaner Air Act that is fit for purpose.  I also need Londoners to work with me so we can phase out the use of the dirtiest polluting vehicles from our roads.“

Gareth Powell, TfL’s Director of Strategy, said: “We are moving quickly on multiple fronts to improve air quality in the Capital. The T-Charge shows that London is leading the way with the toughest pollution standard of any world city, which will be further strengthened with the introduction of the Ultra Low Emission Zone.  We are encouraged that people appear to be heeding these initiatives and finding more environmentally friendly ways to travel.  This is the bedrock on which the Mayor’s ambitious plan for a zero emission city by 2050 is built.”